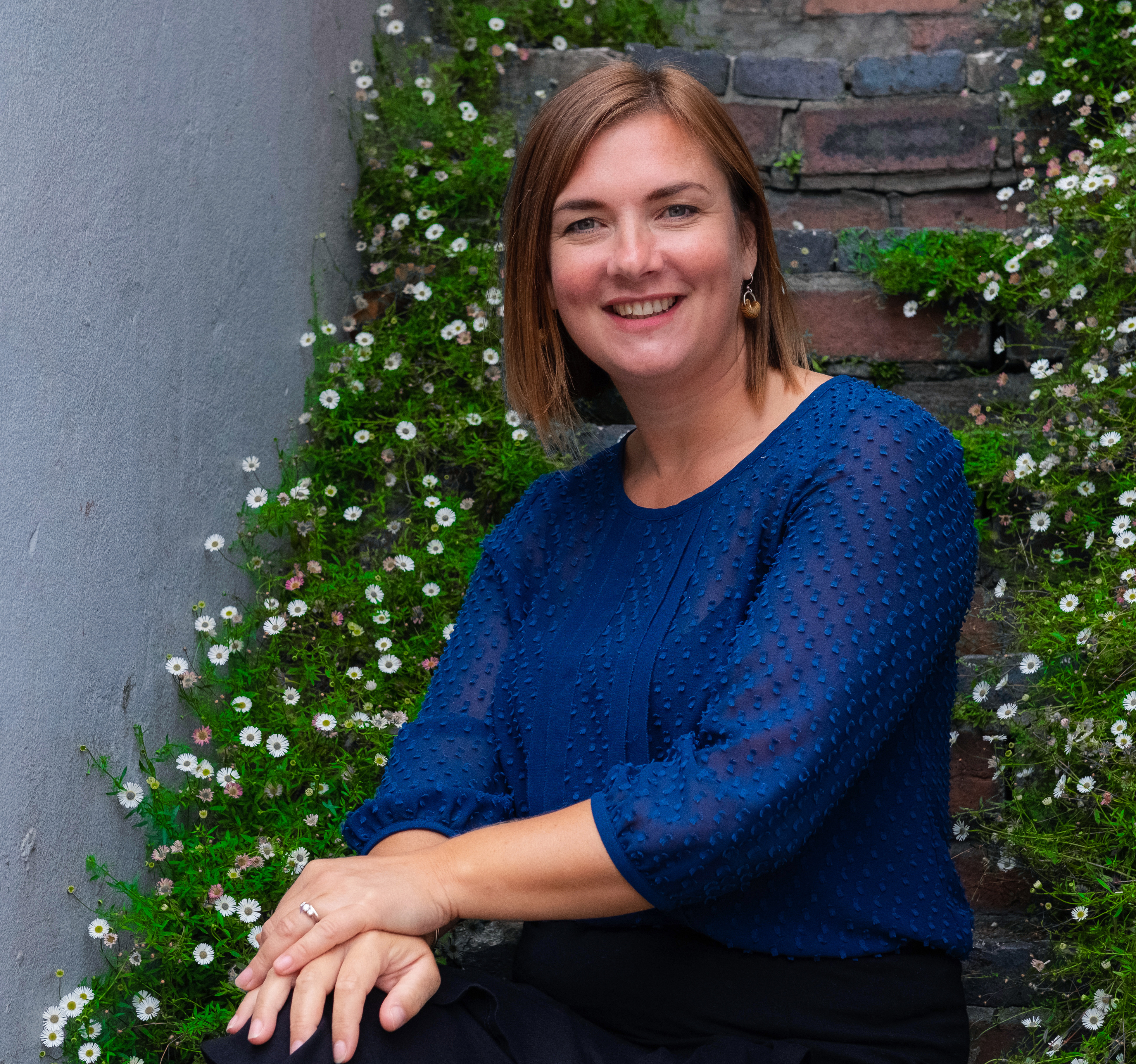 After building a successful career as a freelance production manager in the Australian film industry, producing commercials for clients such as Pepsi and Pizza Hut and Home and Away, Vashti decided to move back to the UK and apply to the University of the West of England to study Philosophy. Here, she would be able to develop her analytical thinking skills around complex issues and ideologies of making positive contributions to communities and society.

Vashti has always held the core belief that everyone should have an opportunity to empower themselves and is particularly passionate about empowering women to hold leadership roles within their communities and homes and for their voices to be heard.

It was during her final year at UWE, that she founded Deki, inspired by a young Tibetan refugee and a £2,000 legacy with a note to “do something good” left to her by her father.

From the early days of working from her kitchen table with a small baby in her arms, to winning numerous high-profile awards such as; Bristol and Bath’s Businesswoman of the Year and IOD’s Third Sector Director of the Year; Deki has now helped over 60,000 people living in poverty in sub-Saharan Africa.

Vashti also received an Honorary MBA from the University of West of England for her commitment to community and entrepreneurship,

Vashti believes that businesses are integral to shaping a fairer, more sustainable future and is dedicated to helping businesses to put positive impact at the heart of their company culture and create positive change. She has also worked with local, national and international businesses to increase and measure their positive impact and has been featured in The Observer, The Guardian, Daily Mail, Red Magazine, Grazia and Marie Claire.

As our International ProgrammesManager, Anna works side-by-side with the Executive Manager at IADES to develop project proposals and assist with monitoring and evaluation of projects.

Anna holds a BA in English from the University of Exeter and an MSc in International Development at the University of Bristol. Her research has spanned gender and development, agrarian studies, and the international political economy. Studying for an MSc has given her the opportunity to expand on her analytical thinking, research skills, and understanding of key development issues.

In 2017, Anna spent three months on an ICS Livelihoods and WASH project in Nicaragua. During this placement, she lived with a family in a rural community and worked alongside a budding entrepreneur to help set up his eco-latrine business. This experience gave her the opportunity to hone skills in designing and facilitating participatory workshops, conducting interviews, and working cross-culturally. Anna followed this with working as a Projects Volunteer in Northern Greece, working with refugees and providing humanitarian relief and support. It was these experiences which inspired her to go on to study international development.

Anna joined Deki nearly three years ago, from her beginnings here as a volunteer to her role as International Programmes Manager, Anna brings her passion for enabling others to make the changes they want to see in their life and believes we have much to learn from those whose voices are often marginalised in global conversations.

Anna is deeply compassionate and uses her knowledge and experiences from studying and volunteering to support her approach within her role. 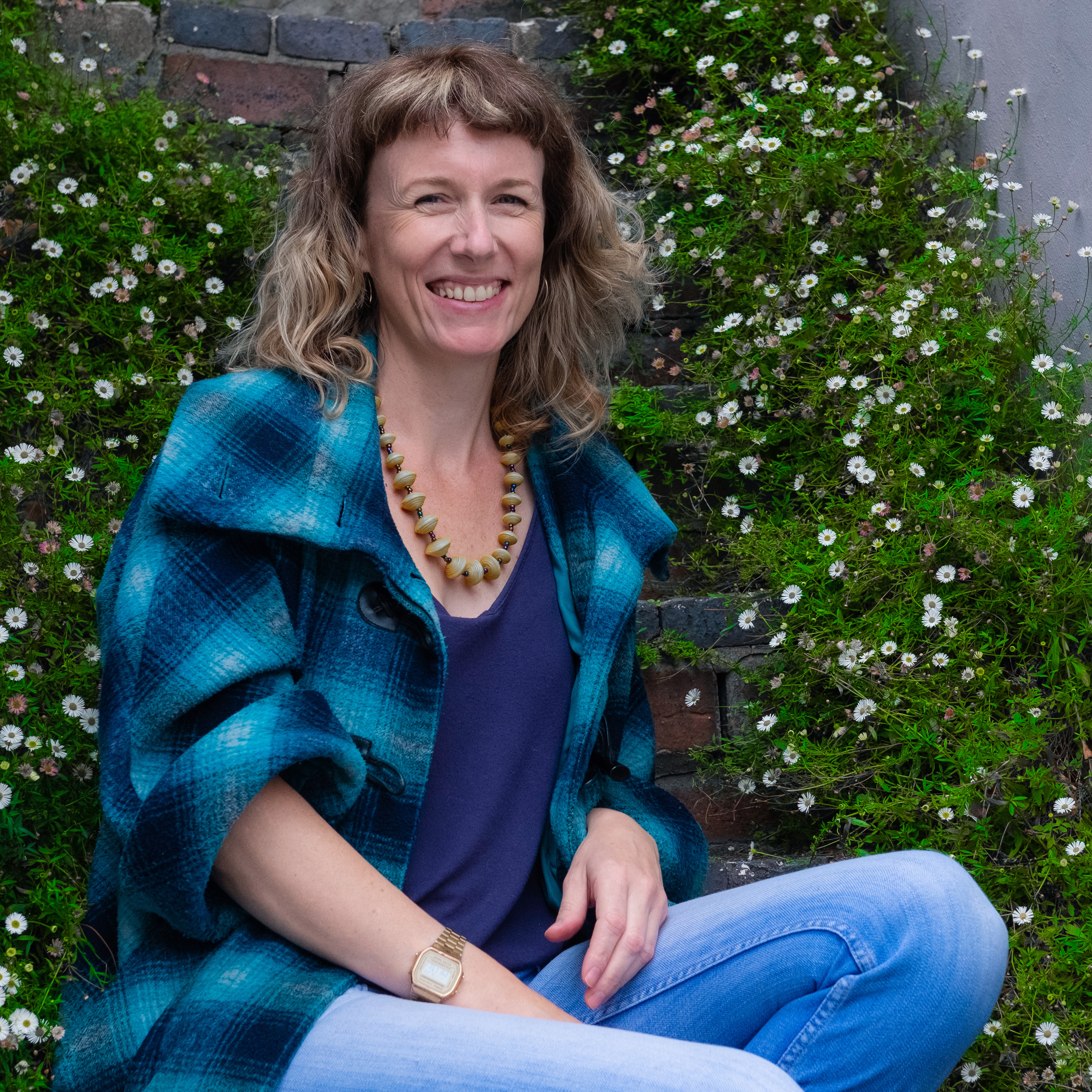 With an MA in Rural Development from Sussex Uni, Nicky moved to Rwanda following an in-depth study into the needs of young people living and working on the streets. In 2004 Nicky co-founded a charity, the Rwandan Youth Information Community Organisation (rYico) to help bridge some of the gaps identified. Today rYico works with girls and young women who have experienced gender-based violence.

In 2009, Nicky returned to the UK with her family and she is now Chair of the board for rYico, visiting the project in Rwanda with her two young children when possible.

While her youngest was at nursery, Nicky started volunteering with Deki as a profile writer and with Borderlands as a mentor to refugees and asylum seekers in Bristol. Five years later and her volunteering with Deki has led to her current position in Operations. She is now studying for an AAT accountancy qualification to support her role.

With Nicky’s experience of the day to day pressures of living and working in Africa, and as her role as a mentor to vulnerable people locally; Nicky has developed a level of cultural sensitivity and understanding of the issues Deki works with and is able to offer gentle guidance in her role at Deki. 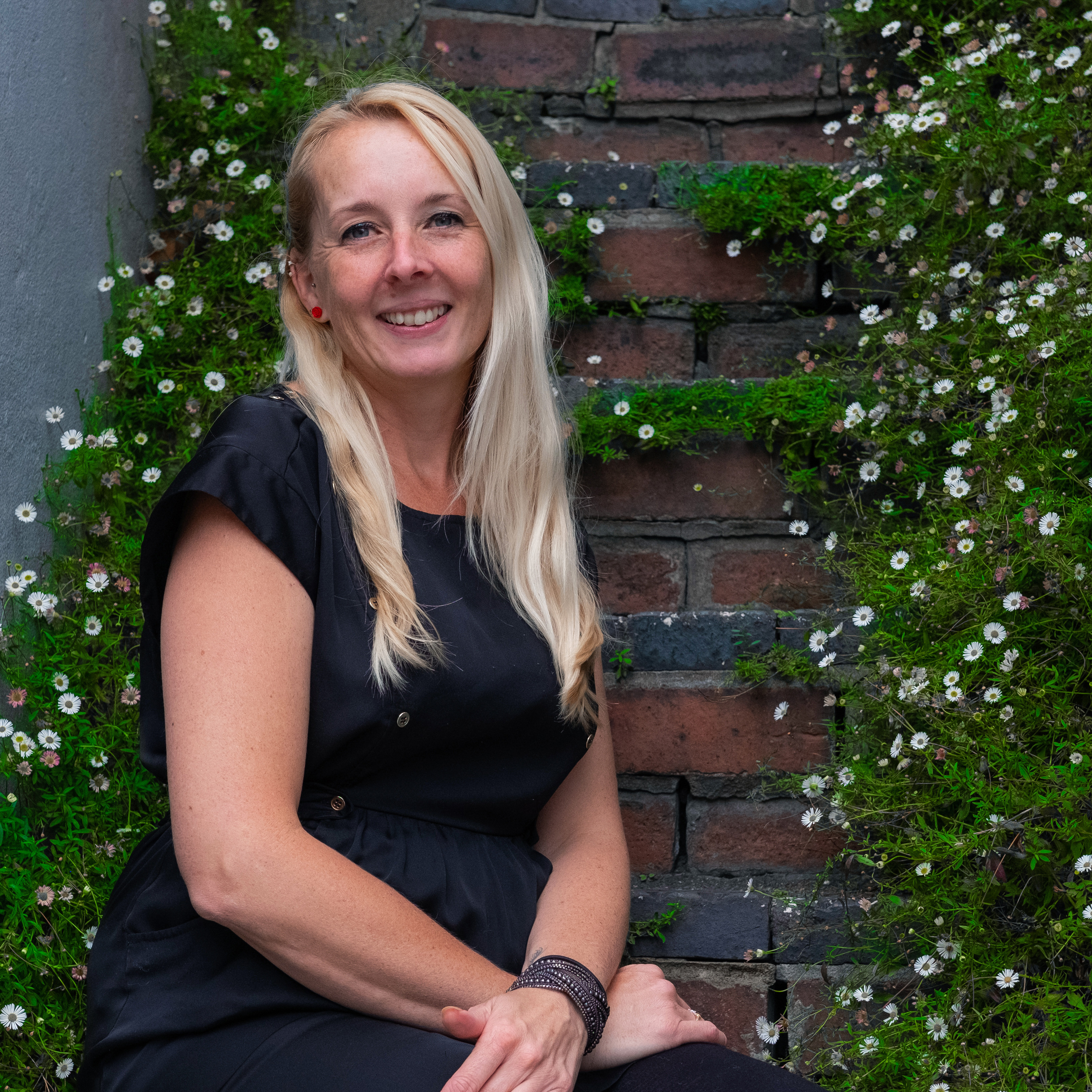 Shelby joined Deki only a year ago and has her finger on the pulse of all things marketing. She has a Bachelor of Arts degree in Documentary Photography and brings with her a natural flair for storytelling. Shelby is behind the design and copy of all of our marketing materials and manages all of our social media channels. She uses her eye for detail to help us share Deki’s vision and maintain a close relationship with our supporters. She curates our content archive to make sure you see our best pictures in all of our newsletters and blogs and searches for the stories behind our entrepreneurs to send you regular updates.

Shelby is currently studying for an L3 in Digital Marketing to support her role within Deki, whilst raising teenagers. Shelby is an instinctive care giver and her focus is always on finding the humanity and making positive changes to other people’s lives.

Shelby still takes photographs at every opportunity and is responsible for our new team photos. She also teaches street photography workshops and is currently working on a long-term photography project working in Bristol’s drag and LGBT community. From her experiences, she has developed a deep understanding and empathy for minority communities and the issues affecting them. 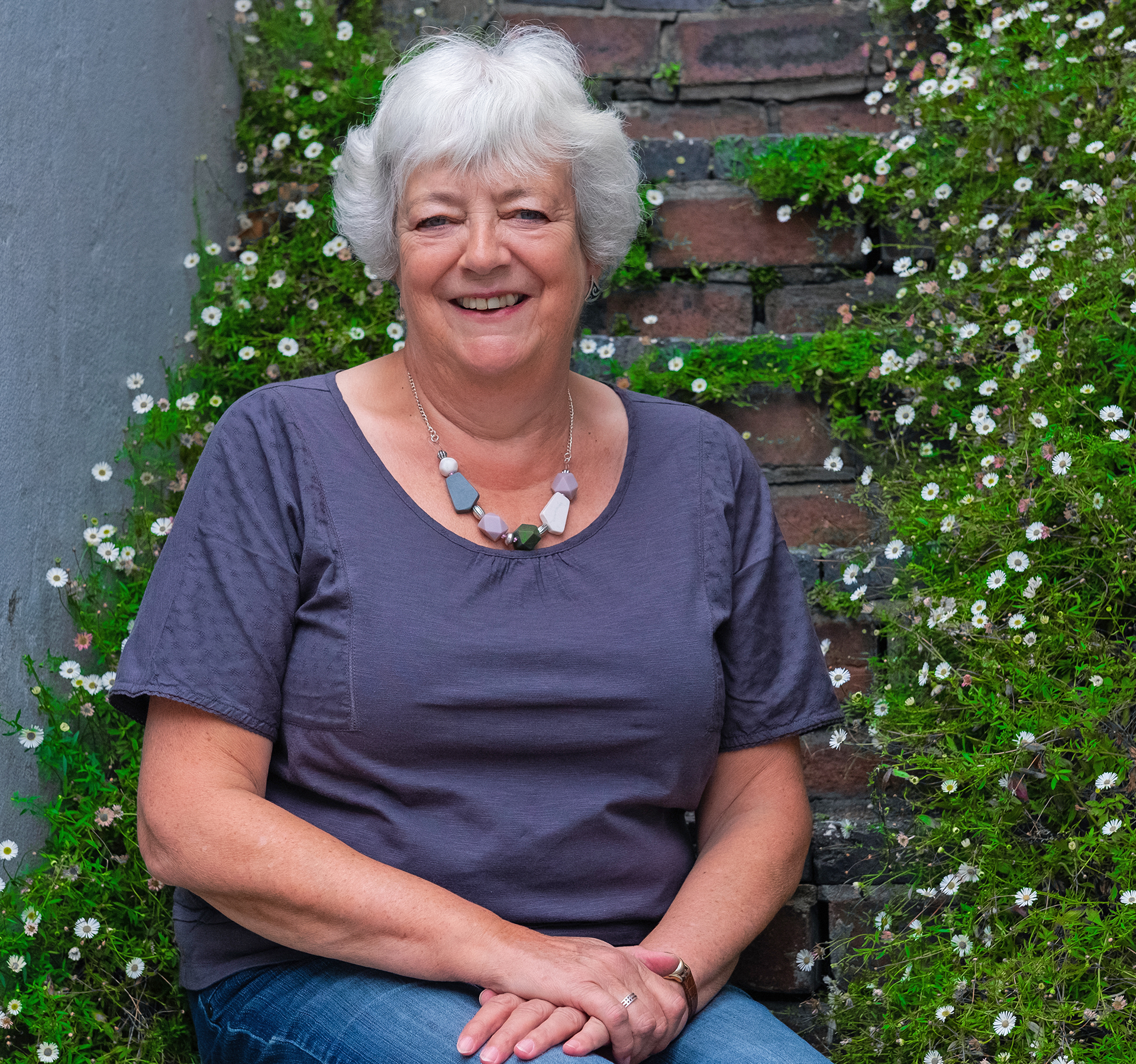 Liz has been with us since 2014 and has become an integral part of the team and we would be lost without her. Her skills are limitless; from proof reading copy and project research and support to being our very own in house translator. Liz speaks and writes French fluently and joined us on our field trip to Togo last year. She is vital to us gathering information from Deki entrepreneurs and translating back and forth between team members from different continents.

Not only does Liz contribute to our website copy, she has also provided many of the photographs that she took during the Togo field trip in 2019.

An avid traveller, Liz has explored far reaching places, she has hiked the Himalayas and explored Patagonia. She is no stranger to the African continent where she has worked with a lion conservation charity and orphanage community projects around Zimbabwe.

Liz regularly writes travel blogs about her adventures in Antarctica, Greenland and Svalbard, a place she loves to photograph and longs to return to.

After a corporate career in the telecoms industry, Liz is seeking a more meaningful role                   – to make the world a better place; helping women in Africa to grow their way out of poverty. 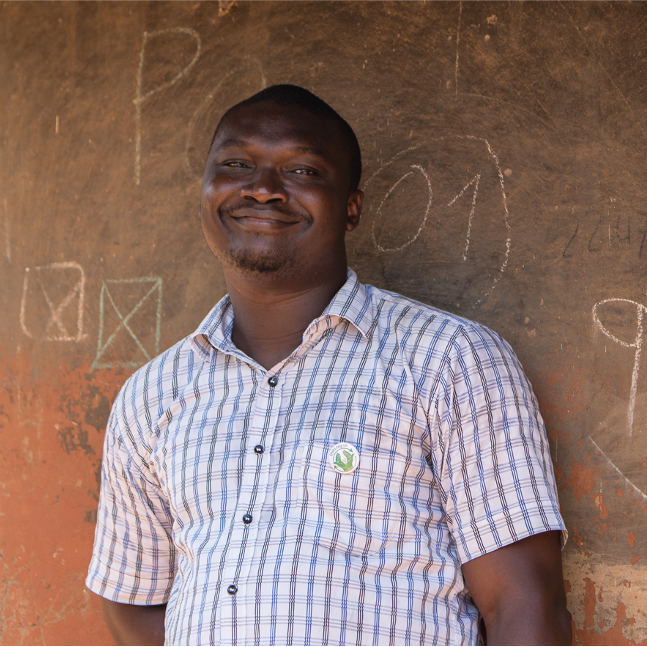 With over 13 years of experience in inclusive microfinance and working with underpriveleged populations, Christian left his job at a microfinance bank in 2011 and used his savings to start IADES. He holds multiple qualifications in finance and accounting from the University in Lomé, Togo. 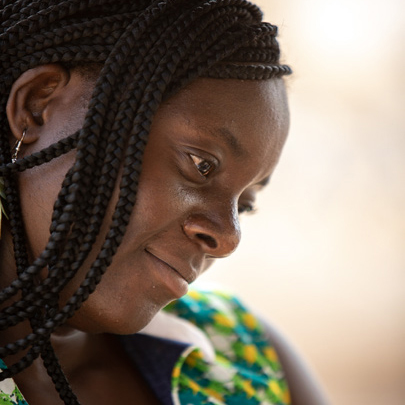 Joining Christian in 2013, Olivia is currently in charge of IADES’s operations and also heads up the Women’s Empowerment Collectives programme. She is deeply committed to empowering women and through her work she can help vulnerable women to become self-sufficient. Olivia holds a degree in Marketing and Strategy and before joining IADES, she was a marketing consultant at a company in Lomé. 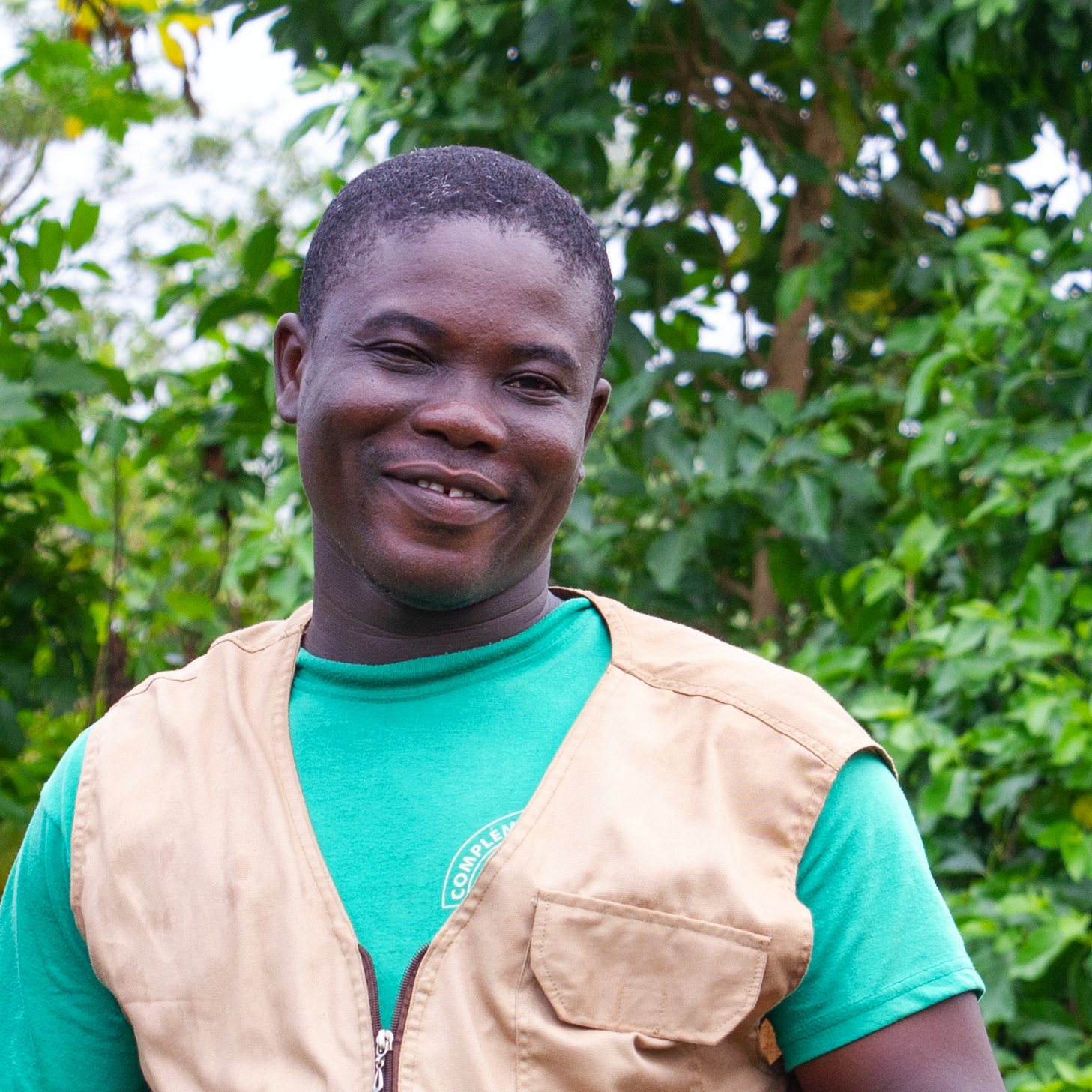 As Rural Manager, Gabriel is responsible for the day to day running of the Agricultural Cooperatives Programme. He joined IADES in 2019 after studying for a degree in Sociology, during which he specialised in social development. He feels proud to be part of IADES and to be working alongside farmers to help achieve the sustainable development of Togo’s rural communities. 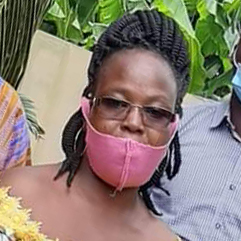 As manager of our health programme, Sylvie is responsible for all of the operational activities of MUSA, our healthcare mutual. Sylvie studied at the University of Lomé, where she gained her diploma in Microfinance. She began her career by working for a mutual health insurance NGO, gaining over 10 years of experience in microfinance and micro-insurance, before joining the IADES team in 2018. Being able to help families take care of their health is what motivates her every day.